On a quiet, wooded street in a small town of mostly traditional homes sits what looks like a space capsule: a rounded, zinc-clad steel silo stuck between two box-shaped structures spread at 30-degree angles. Inside the home, an enormous skylight points up at the sun. Another is positioned to align with the North Star.

The couple said they wanted their house to reflect their interest in other places, their love of travel and their interest in midcentury-modern design. They also wanted it to be near the cultural attractions of Cambridge, yet sufficiently bucolic to provide a backyard and bike-friendly streets for their 4-year-old son, Alex, and their 5-year-old niece, Samantha.

Completed last fall, the house is described by its architect Robert Augustine as representing "New American Architecture," which draws from different periods the way music might remix old classics with new ideas and technology. "It's a little bit of this and a little bit of that," he said. That silo is a reference to farms that dot New England landscapes, while the two attached Western-red-cedar box structures are references to the area's saltbox homes.

Visitors enter the home through the silo. Doors open to a rounded room with a bright orange metal circular stairway, drawing the eye past a circular bookshelf to a rotunda 19 feet up with a skylight. Inlaid into the bamboo floors beneath the skylight is a compass with an arrow pointing north.

Photographs, paintings and carvings the couple collected in Russia and Africa are all over the walls and shelves and influenced the color scheme of the house. The décor also came from myriad cultural references, many of them from the 1960s and 1970s. The idea of a beaded curtain, for example, came from a set on "The Mary Tyler Moore" show.

That orange beaded curtain separates the hall from the family room, which has wood paneling on the walls, a nod to the couple's memories of their childhood family rooms. The room is dominated by "Omnibus," a modular velour sectional sofa designed in the 1970s by Vladimir Kagan. At one end of the sofa, a narrow gas firebox separates the family room from the playroom. The playroom has walls painted "Flamingo Orange"; its cork floors are covered in 1970s-era Fisher-Price trucks and play sets the couple bought on eBay.

With cabinets finished in a burnt orange, metallic, automobile-quality paint, the kitchen "looks like a Corvette," said Elatia Harris, a chef and caterer who cooks many of the family's meals and helped the architect to design the kitchen.

The color continues upstairs. Their niece (who spends enough time at the house to have a bedroom) gets the one in pink, with curtains made from hand-woven material from Russia and Sleeping Beauty murals. Their son's room houses the giant, angled skylight that points at the North Star. It peers down on a room decorated in a nautical theme, with blue walls, a loft above the bed they call a "galley," reached by a long ladder. Large windows in the couple's shared office overlook the 90-acre nature reserve that surrounds the property.

The couple met in the mid-1990s, when Mr. McClintick was researching an investigative piece on Harvard's role in advising the government of Russia on privatization. A source suggested he speak with Ms. Rutherford. They married in 2007 at Harvard, where Ms. Rutherford was in law school.

The couple bought about an acre in Belmont for $1.3 million in 2009, hired Cambridge builder Duncan MacArthur and spent about $2 million building the home, finished last fall. A five-bedroom, 4,250-square-foot house on half an acre in Belmont is for sale for $2.7 million

Though they miss Cambridge and their former urban life of ordering in food for dinner and calling the landlord when the heating went out, the couple said they love the creative process of building and maintaining a home and are adjusting to domestic life.

"It's been exhilarating and agonizing," said Mr. McClintick. He has started a blog about the joys and tribulations of being an older father who takes on half the child care. 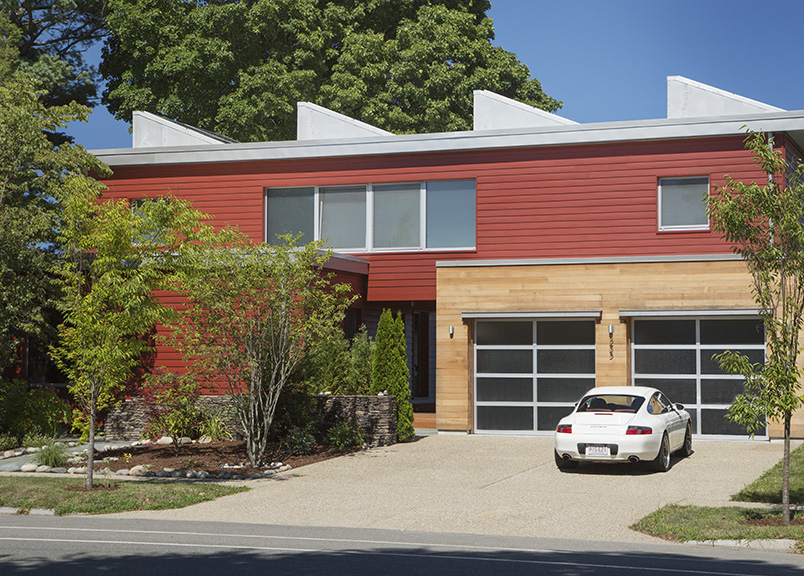 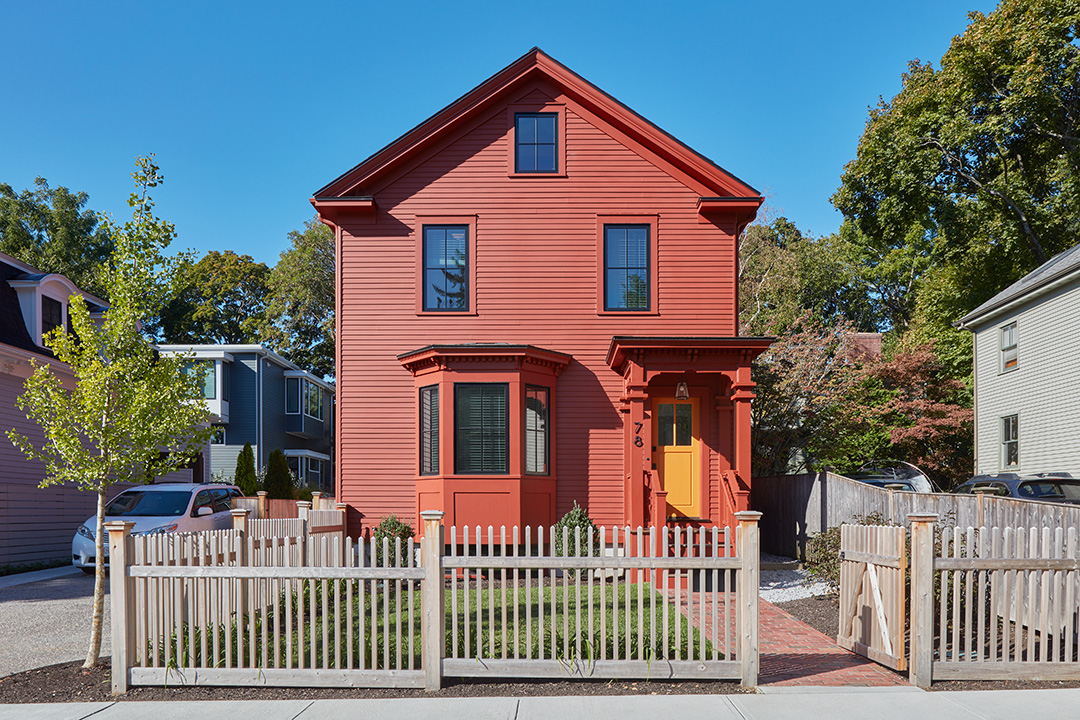 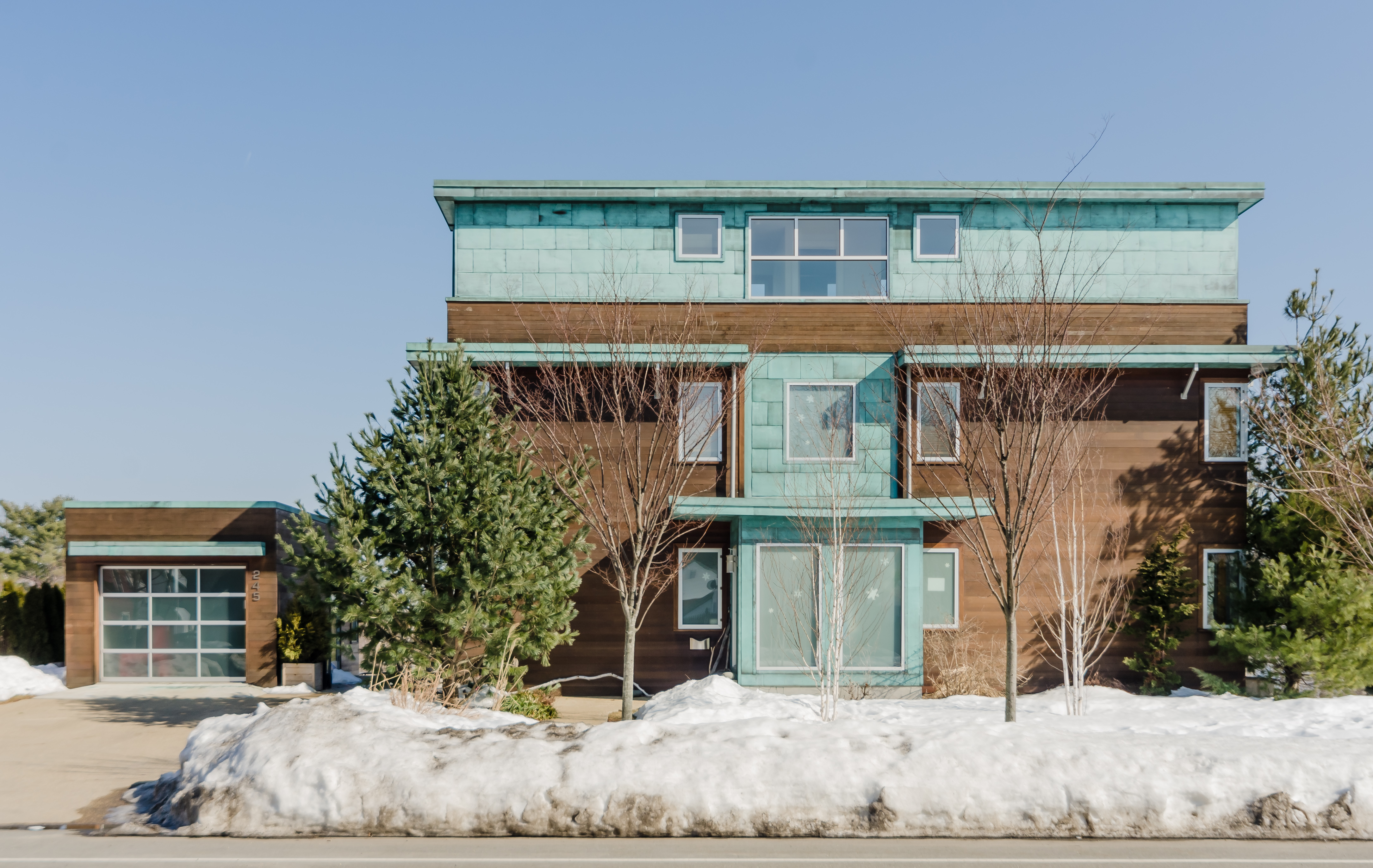